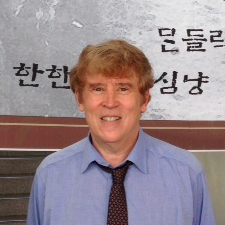 My work on syntactic theory and on language acquisition focuses on emergentism—the idea that the complex systems are best understood by investigating the interaction of more basic forces and propensities. In the case of language, these factors seem to consist largely of processing pressures, which play a key role in shaping the properties of grammatical systems, the manner in which those properties emerge in the course of development and are lost in case of impairment, and the way in which they are distributed cross-linguistically. Syntactic Carpentry (published in 2005 by Erlbaum) provides an outline of this idea as it related to syntax, illustrating how many core grammatical phenomena can be traced to the operation of an efficiency-driven processor whose primary goal is simply to reduce the burden on working memory. This theme is pursued and refined in several of the papers that can be downloaded from this site. The Handbook of Language Emergence (Erlbaum, 2015), co-edited with Brian MacWhinney, offers a broader perspective on emergentist work in cognitive science in general. A new book on this subject, Natural Syntax: An Emergentist Primer, is available for downloading from this site (see below).

My research on Korean is relatively wide-ranging, beginning with Categories and Case (1989). I maintain an ongoing interest in case-related phenomena as well as processing and acquisition, and I have co-authored (with Miho Choo) a bilingual ‘root dictionary’ of Korean (The Handbook of Korean Vocabulary, University of Hawai‘i Press, 1996) as well as a book on Korean phonology (The Sounds of Korean, University of Hawaii Press, 2003). I have also co-authored a book on Jejueo, the language of Korea’s Jeju Island (with Changyong Yang and Sejung Yang).

Finally, I have a strong interest in the acquisition and maintenance of ‘heritage languages’—a broad category that includes both the family languages of immigrants to America (e.g., Korean) and endangered indigenous languages around the world. I am particularly devoted to the preservation and revitalization of Jejueo.

3. A curated list o f papers and a book available for downloading as PDF files (see also researchgate.net and academia.edu)

This following monograph draws on materials from my classes, talks and publications, as well as on new ideas that reflect my current thinking about language and emergence.

Intended for a quite general audience, it consists of 15 short chapters, each focused on the role of emergence in shaping language and its acquisition.  This  latest edition incorporates a number of revisions and clarifications, especially in chapters 11 and 12 and in the appendix on the that-trace effect.

An introductory talk on the book was presented as part of the ABRALIN lecture series on October 18, 2021. It can be accessed here: https://aovivo.abralin.org/lives/william-ogrady/.

An article summarizing some of the book’s key points appears in The Cambridge Handbook of Working Memory and Language (2022).

The following two published papers focus on typology – the first on ‘alignment’ (the contrast between accusative and ergative language) and the second on symmetrical voice (a defining property of many Austronesian languages).

Symmetrical Voice in Western Subanon. (co-authored in 2019 with Sharon Bulalang)

For those working in the field of second language acquisition, the following paper (published in 2022 in a volume honoring the late Michael Long) may be of interest. The central thesis of the paper is that transfer is best seen as a processing-driven strategy that seeks to minimize the burden on working memory: L2 learners transfer operations from their L1 to the L2,  unless those operations are more costly in the L2 than in the L1.

The following older papers, some of which were written for a general audience, may also be of some interest:

3.2 If you’re interested in Jejueo or language revitalization, the following material may be helpful:

For a quite detailed description of Jejueo, you may wish to read the chapter (co-authored with Sejung Yang and Changyong Yang) that appears in The Cambridge Handbook of Korean Linguistics (2022). The chapter includes  a sketch grammar, and explains why Jejueo is a distinct language, not a dialect. It draws heavily on the material in our 2020 book, Jejueo: The Language of Korea’s Jeju Island,, published by the University of Hawai’i Press.

A 2018 interview on the plight and future of Jejueo that appeared on the Arirang network can be found here: https://www.youtube.com/watch?v=y_UiG41C7QE

Language revitalization is a very challenging enterprise, and often falls short of the community’s wishes even when immersion programs are established.  For a discussion of a very serioius challenge confronting immersion programs, see the paper below, which focuses on Māori, Kaqchikel (a Mayan language), and Western Subanon (a Philippine language). The paper is co-authored with Raina Heaton, Sharon Bulalang and Jeanette King.

The Role of Input in Language  Revitalization (published in Language Documentation, 2021)

Some other papers on Jejueo and language revitalization

3.3 Other papers on various topics  (those preceded by a double asterisk have a specifically emergentist focus):

Some dissertations that I have supervised: