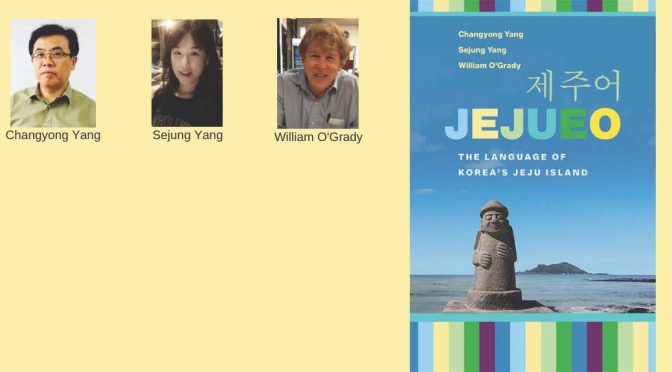 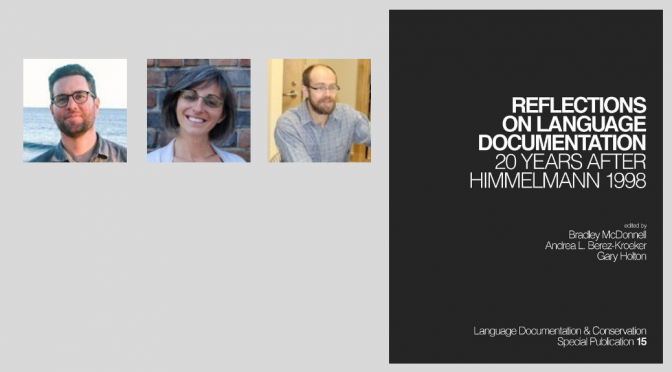 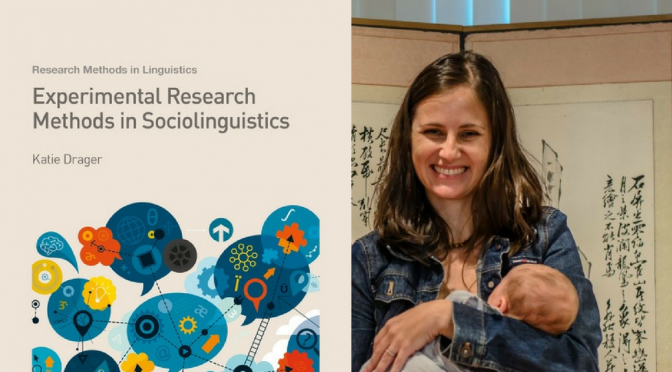 The book’s back cover blurb is as follows:

An accessible, user-friendly guide to the variety of different experimental methods used in sociolinguistics, Experimental Research Methods in Sociolinguistics walks students through the “how-to” of experimental methods used to investigate variation in both speech production and perception. Focusing squarely on practice and application, it takes the reader from defining a research question, to choosing an appropriate framework, to completing a research project. Featuring a companion website with information on experiment-friendly software, sample experiments and suggestions for work to undertake, the book also covers:

“This promises to be a fun book about an important topic. It is most likely to be adopted as a textbook in many sociolinguistic classes, and I’m sure that sociolinguistic students throughout the world will benefit from some clear explanations about how to conduct experimental research.” –  Tommaso Milani, Associate Professor of Linguistics and Head of Department, University of the Witwatersrand, South Africa

“The strengths include the theoretical breadth of the text, and the author’s technical expertise; in addition, the author’s undeniable ability to keep students eyes open and their minds on target, despite technical details which will follow in subsequent chapters. If one had any fears that she couldn’t carry off this textbook project, the introduction makes clear that her distinctive voice and good humor will keep readers going even in the heavy chapters … If the author manages to get this book out quickly, there will be nothing like it on the market, and no other researcher who could even come close to the breadth of coverage which her chapter headings promise.” –  Malcah Yaeger-Dror, University of Arizona, USA

“It’s a potentially very useful work that collects together a number of approaches rarely considered in one place. I like the fact that it brings psycholinguistic and phonetic methods into sociolinguistics, while also ensuring that psycholinguists and phoneticians would be exposed to the kinds of questions and data central to sociolinguists.” –  Paul Foukes, University of York, UK

“I would tell colleagues that this book sounds like an excellent guidebook for experimental designs. Individual chapters would be excellent readings for students, especially the suggestions of possible experiments. Chapters or the whole book would be good both as class readings and as recommended readings for Ph.D. or M.A. students who are preparing for a dissertation or thesis.” –  Erik R. Thomas, North Carolina State University, USA 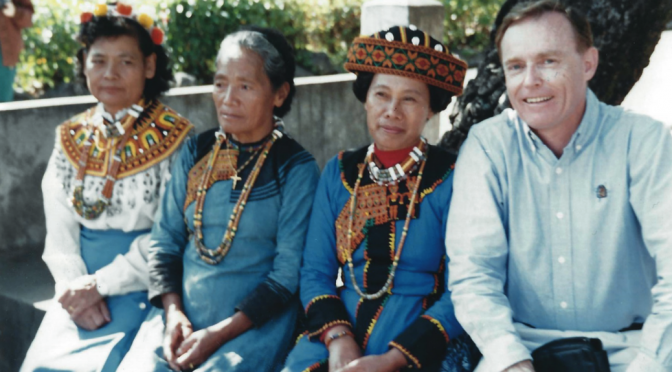 A new book entitled Word Hunters: Field Linguists on Fieldwork is now available for all valid UH affiliates (student, staff, and faculty). Our very own Dr. Robert Blust is featured in the book’s third chapter, titled “Historical linguistics in the raw.”

Thank you to Ph.D candidate Anna Belew for the notice! She had the following to say about the publication:

If you’re new to fieldwork and wondering what it’s really like, or if you love reading anecdotes from your fellow field linguists, good news! Hamilton just bought the ebook of a new volume called Word hunters: Field linguists on fieldwork. It’s got chapters from some of the biggest, baddest field linguists out there, including Bob. Check it out: 1) because it’s interesting, and 2) so that Hamilton will see that we actually use the books that we request they buy, and will keep buying the books we request! 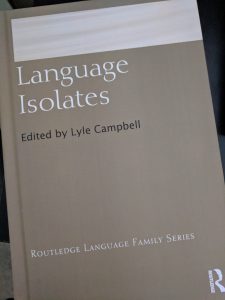 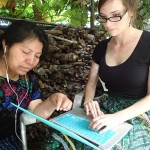 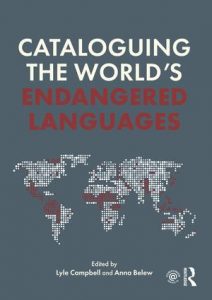 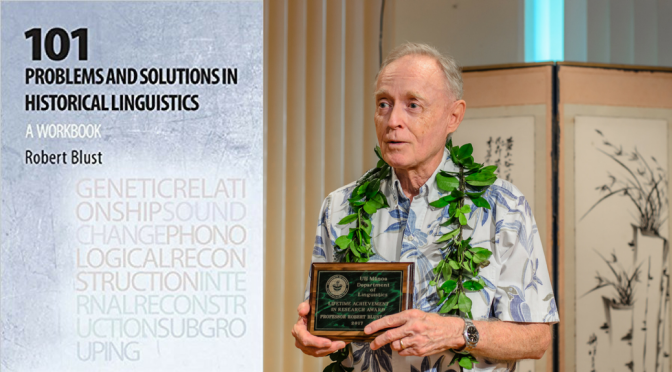 This 512 page workbook in historical linguistics, authored by Dr. Robert Blust, will be published by Edinburgh University Press in February, 2018. It contains 101 problems and solutions covering 5 distinct problem areas (the establishment of genetic relationship among languages, sound change, phonological reconstruction, internal reconstruction, and subgrouping). Flyers are being mailed to Dr. Blust, and should arrive soon. 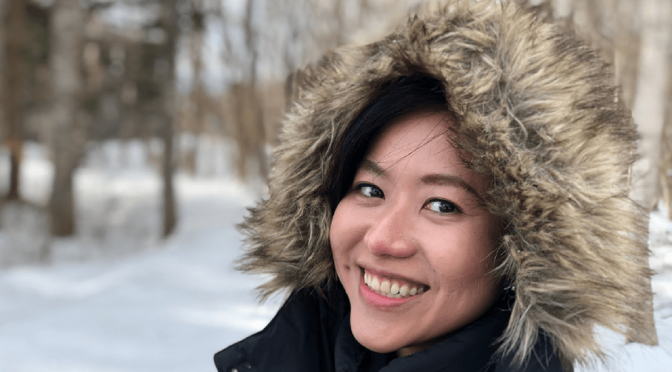 2014 PhD alumna Dr. Nala Huiying Lee has been featured in the Macau News for her study on Patua, a Portuguese-Asian Creole. The language has fewer than 50 speakers, making it “severely endangered” based on the absolute amount of speakers. 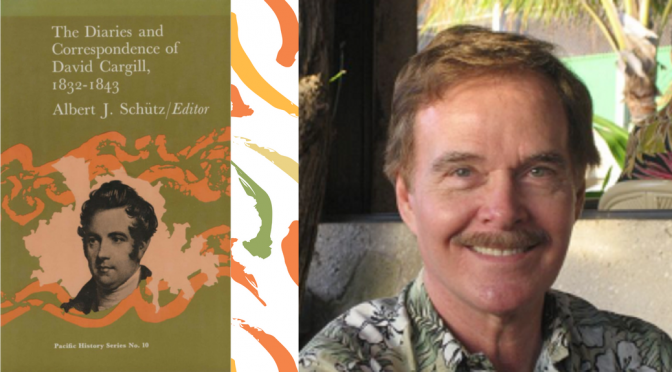 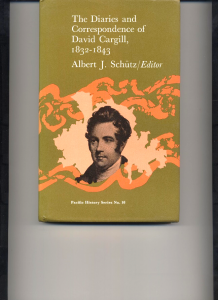 Beginning in late 2017, the Fiji Times (“The First Newspaper Published in the World Every Day”) has been reprinting chapters of Albert J. Schütz’s Diaries and Correspondence of David Cargill, 1832–1843 (Australian National University Press, 1977). This book covers three main themes:

Schütz is grateful to the Fiji Times editorial staff for making this book available to local readers, thus giving them easy access to an important, but mostly unknown, part of Fijian history.

As taken from Kudos:

This article is the first article to examine topological relations in detail for the Pohnpeian language, as well as the first for any Micronesian language. It also uses an innovative statistical method to do so. 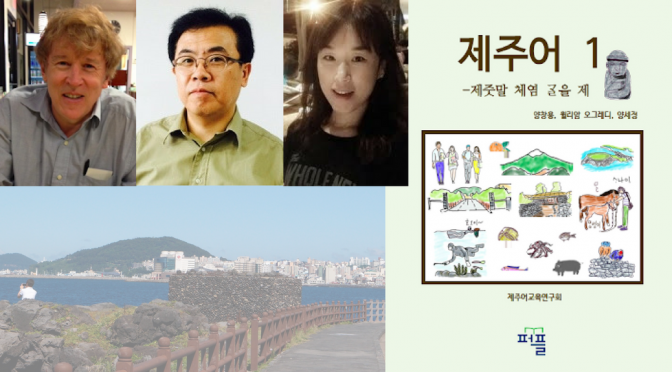 Dr. William O’Grady and Ph.D candidate Sejung Yang, along with Dr. Changyong Yang from Jeju National University, have seen the first volume of their Jejueo textbook published on July 5, 2017. The textbook, written for Korean speakers, is the first of its kind for Jejueo, recognized by several international groups (including UNESCO, Endangered Language Group, and Ethnologue) as an independent language rather than a dialect of Korean.

The textbook is the first in a projected four-volume series. You can purchase the textbook from Kyobo (website in Korean).

For more information, including small previews of the book, please read the Center for Korean Studies article.