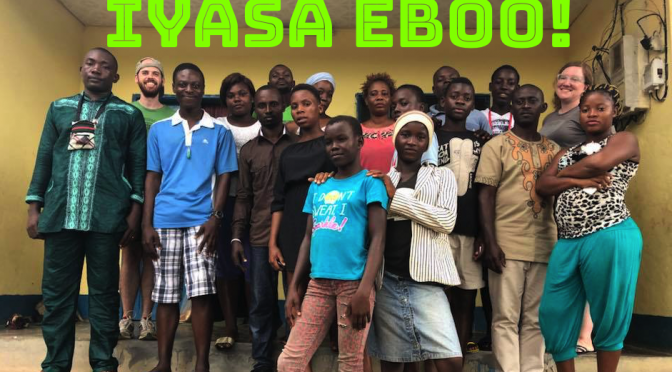 Anna Belew and her colleague Sammy Mbipite were awarded a grant from the Endangered Language Fund to launch Iyasa Éboó, a language revitalization project in Campo, Cameroon. The project kicked off with a two-week workshop taught by Anna and Sammy in August 2018, in which 16 Iyasa young people learned basic techniques of language documentation such as making audio recordings; how to use computers to copy, edit, and transcribe their audio recordings; and how to read and write the new Iyasa alphabet. They are using these skills to produce a youth-authored Iyasa-language magazine called Iyasa Éboó (“Iyasa forward!”), which will be distributed throughout the Iyasa community in Campo. The project aims to support language revitalization among young people, strengthen their connection to their language and culture, and create reading materials for the Iyasa community to enjoy and take pride in. Anna and Sammy will present a paper on the project at ICLDC6.